About three weeks ago I purchased an alarm clock. The reason for purchasing such a mundane everyday object was discipline. I prefer to wake up naturally and for the most part I do, but it is helpful to have something mildly surprising to elicit a push of chemicals through your body to get it started. Prior to purchasing the alarm I had been utilizing my phone for “waking up purposes”, thus my phone was by my bed at night. In reality this put most of my work in my bedroom as well. Several times in recent months I found myself looking at my phone right prior to signing off for the night. This is a mistake on several fronts. The blue screen of backlit gadgets stimulates the mind and does little to perpetuate a sleepy disposition. Those waves alone jolt the senses. The second reason it is a mistake has to do with content. The mind can not shut down for rest if it is processing information. This becomes doubly true when the information elicits an emotional response in tandem with the logical engagement. I bought an alarm clock not so I could wake up but so that I could sleep.

Another discipline that has been helpful for me lately is the lack of access to social media on my phone. About a year ago we were hosting a group of college gentlemen. It is hard to believe but that age group is now nearly an entire generation younger than I am. In the midst of their stay they noted the phone that I was using. They expressed a keen interest because it was a relic, and likely the first gadget they coveted in their youth. Anyway, all this to say my phone is old. As such, it has ailments and earlier this summer it did a hard reset. It was life changing, as in everything on the phone was lost. This was an interest space to be in. It was kind of like a forest fire cleaning out debris and making room for new life.

Yes I lost contact information but the contacts that matter have been easy to return into my phone. Interestingly enough losing the apps on the device has been a bigger deal, and frankly a more important change for me. After a brief period of mourning and coming to terms with the loss, I set about to make the phone useful. If I could recall an app I was using I put it back on the phone. That was easy, and a great first step for cleaning. It also became apparent which apps were there with my best interest in mind. Namely, if I could recall the password to get in to the app it meant one of two things: I used the app consistently enough to know my credentials for use AND the company that created the app wanted to make sure I was sentient and aware of my use of the app. Interestingly enough one of the apps I did not know the password to was Instagram.

At the point of the reset it was nearly without fail that my day started by flicking through the photo albums of other people’s lives and it ended with the same voyeuristic act. Instagram is ingenious. It’s easy and provides a strange system of ethereal rewards. The loss of the app on my phone gave me a moment to consider what it is and what I was doing with it. I could ask myself is it a tool or am I a tool. Was I really getting content that enriched my life? Was I using it to connect to people? Was it valuable for me?

It is strange to say but the loss of instagram helped me become more informed. I discovered time to dig into matters I really cared about instead of swiping up. I found emotional energy to invest in things that matter more to me instead of coveting what I did not have. The fire hurt, but once it was quenched I see new blossoms rising. 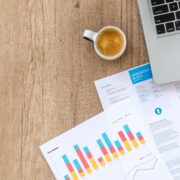 Building your Business: Saying NO to Clients 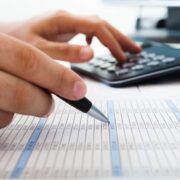 Do I need an agent... or any expert 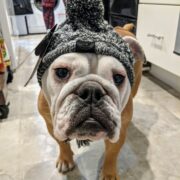 How to sell your artwork: Know Your Value 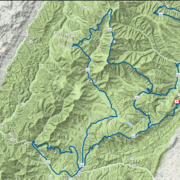 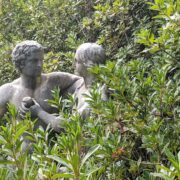